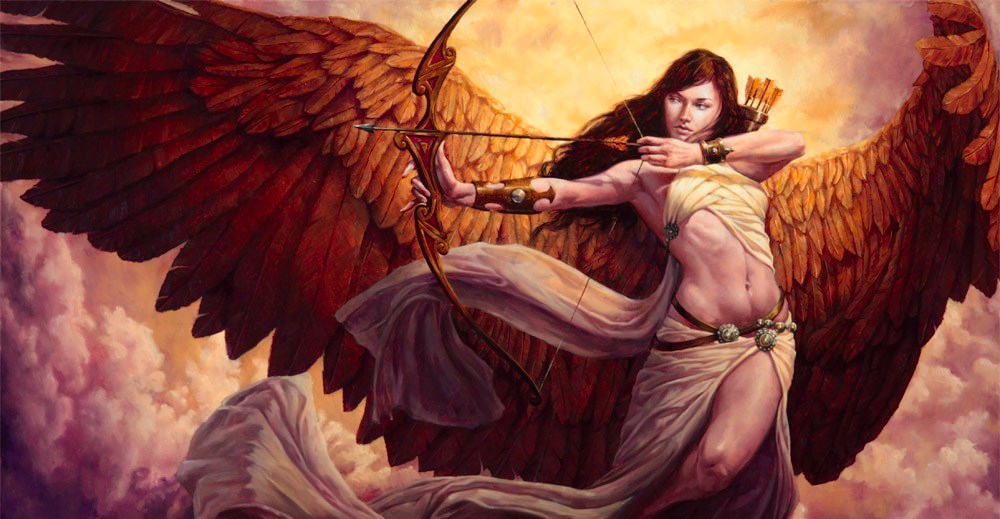 As I sit here typing this post, I can’t help but smile at everything that transpired the last month and all that I have accomplished. Yes, a sense of accomplishment is what I feel when I think about July. Despite, the fact that I may not have posted much on my blog, I am proud of the amount of writing I did. I participated in Camp NaNoWriMo and contributed a total of 51K words into my WIP. The debut novel that I am currently working on. 51 thousand words, y’all! I am excited about where my book is headed, it has changed drastically from what I had initially planned, but I am really enjoying writing it. I am also glad to finally be able to give my writing the time and effort it deserves.
While that alone feels like a huge achievement, I have also started writing for a new venture titled In The Pantheon. This is a project that I find very interesting. If you have been following my blog from the beginning may already know of my love for mythology, especially Greek Mythology.
Well, All In The Pantheon is an online project where 30+ authors from the Twitter #WritingCommunity scribe for various deities of the Greek Pantheon. Of course, I wanted to be part of such a venture. When I thought of what god I did want to scribe for, the thought in my mind was that it must be for someone that I can relate to, a strong woman! My first choice was Goddess Athena – the Goddess of Wisdom, but she had already been claimed by a scribe. My very next choice was Artemis, the Goddess of Hunt, Wild, Chastity & Childbirth.
When I think about it now, I’m glad Athena was already claimed; for two reasons, one the scribe who claimed Athena is the perfect voice for her and two because Artemis is perfect for me! I have always felt that I identify with this Goddess for how she went about her life doing what she does best. For those who are not familiar with Greek Mythology, allow me to enlighten you on Artemis, her characteristics, and her achievements.

Greek Goddess of the Hunt, Forests and Hills, the Moon, Archery

Artemis is known as the Olympian goddess of the hunt and is one of the most respected of all the ancient Greek deities. She was the daughter of Zeus, King of the Gods, and the Titaness Leto and she has a twin brother, the god Apollo. Angered by her husband’s infidelity, Hera, Zeus’ wife and Queen of the Gods, hunted Leto all over the planet using her son Python, she forbade Leto to give birth anywhere on solid earth. However, Leto got to the island of Delos and gave birth to Artemis while balancing herself on an olive branch.
When Hera heard this, she prohibited her daughter Eileithyia, the Goddess of childbirth, from further helping Leto. This postponed the birth of Apollo for nine days. Artemis as a baby miraculously learned the art of midwifery and helped Leto finally deliver her brother. This earned her the title of Goddess of childbirth as well.
Artemis was not only the Goddess of the hunt, but she was also known as the Goddess of wild animals, wilderness, childbirth, and chastity. When Artemis was still a little maid, she asked from her father Zeus to grant her wish to remain chaste and a maiden for eternity. Zeus gave her wish with the caveat that she could decide otherwise at any time, however the Goddess, just like Athena and Hestia remained chaste for eternity. Artemis didn’t only take care of her own purity; she also defended the innocence of her worshippers. And was merciless with anyone who tried to take it from her or her priestesses. She was also the protector of young children and was known to bring and relieve disease in women. In literature and art, she was depicted as a huntress carrying a bow and arrow. Sculptors, artists, and poets depicted Artemis as a young, beautiful and vigorous huntress carrying a quiver with arrows and holding a bow, typically wearing a short knee-high tunic and often accompanied by a stag, deer, or her hunting dogs.
While this is the story of Artemis from Greek history, All In The Pantheon takes a new turn by asking the question what the Gods, Goddesses, and muses would do if Zeus, the King of Gods, were to send the deities back to earth and as them to find mortal jobs. As such, I get to decide what Artemis storyline would be as a goddess in the 21st century. I am so excited about being the scribe for Artemis and writing her story. Not only do I get to have fun writing for the project, but I also get to learn a lot. As I mentioned above, this is a venture with 30+ authors, most of them published. I am learning so much about the writing process, editing, novel writing, and publishing being a part of this fantastic group. The admins and editors of The Pantheon are always sharing publishing news, and short story/poetry contests and the likes to help us improve as well as get our work out in the world. How cool is that?

So far, I have 5-6 posts published for Artemis storyline. I am also writing more sharing her journey in this new world. You know what the best part is to this journey? I have a dragon for a pet! Yep, you read that right, I have a dragon pet, and her name is Sayeh!
Now, I have your attention, don’t I? Well then, click here to reach my author page at The Pantheon and read all about Artemis and her journey. I have added a new page to my blog dedicated to Artemis’ stories and will keep updating it with the links to Artemis’ posts for the convenience of my followers.
Can you tell I am super excited about this? Leave me a comment on what you think!
Until next post, this is Rashmi aka Artemis signing off!